We had a backyard pool when I was young. Later I learned it was one of the first in-ground pools in my little town in Pennsylvania, and much later I discovered that backyard pools were considered high living. To me, our pool was just another outlet for my Dad's creative mind and boundless energy. To make the pool, he dug a hole in the backyard with a tractor from his John Deere dealership, lined it with cement blocks, and installed a heating and filter system of his own creation. The 'control room' beneath the cement deck that skirted the pool was a mad scientist's lab. Pipes and valves and pumps and wires and an archaic and somewhat dangerous looking boiler hissed and gurgled in a dark, damp underground that smelled of chemicals and decay. The plumbing often leaked and the walls took a lot of maintenance, but we had a warm, clear, clean, if somewhat small, pool to play in. To keep the walls sealed up, we'd fill the pool with hay each fall to protect them over the winter and scrape and paint them each spring with some sort of paint that made the blocks and mortar waterproof. I can still see and smell that baby blue paint. Who knows what deadly chemicals were in that stuff! I spent a lot of my summers in and around that pool. Being more than chubby as a little kid, I could basically just roll in and bob around all day without really having to learn to swim. As a teenager, I also spent a lot of time at the river, and eventually broke an eardrum diving too deep off the top deck of a houseboat. That kept me out of the water until I had left home and headed west. The next time I went swimming, the baby fat had more than melted off, and I sunk like a stone as I tried to swim even one length in a pool. Since then, I've basically avoided swimming until following my wife into the local LA Fitness pool in support of her triathlon training. While gasping for air on one of the few lengths of the pool I managed to complete, I spotted the above message: If you would like to accomplish something, you must first expect it of yourself. At the moment, I was expecting to drown and having a hard time being inspired in a generic place like LA Fitness. How cute. How simple. Give me a break.

But the message kept swirling around inside my head. As I re-create myself as a co-active coach, I realize what I want to be and do can seep out through the cracks of "I can't, and it's too late, and how can I possibly charge people good money for coaching." Just like the water seeping out of Dad's pool as the paint wore off each summer.

A few weeks after my swim, I spent three amazing days skiing from Hurricane Ridge to Royal Basin in Washington's Olympic mountains, covering over 30 miles on some of the highest ridges and peaks in the range. The walls of my belief pool at the start of the trip were leaking thoughts like "I can't hike or skin this fast, I can't keep up, I'm too old and I'm tired," and, "holy shit, I'm in way over my head". As the pool drained, I realized I better get some of that great paint and start sealing those cracks up fast! As I sealed more cracks, I began expecting to go another hundred steps before taking a break on a steep section where we were off our skis and kicking steps. I started deciding to keep up with the others on the skin track on each climb. As I sealed more and more cracks, I replaced worry with the clear expectation I would be and do whatever it took not only keep up but to totally enjoy where I was and what I doing. I also learned that it takes a bit of discipline to maintain those expectations through hours of effort, especially when the end isn't in sight and the effort seems overwhelming. That paint worked so well on the trip, I brought a whole truckload of it back with me. I'll keep a supply on hand, because I know I'll need to keep up with the maintenance as new cracks develop. When they do, I'll be ready.

Build On Your Strengths 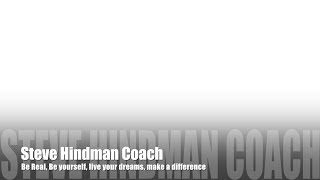 Good for your soul

Dream Into Your Future